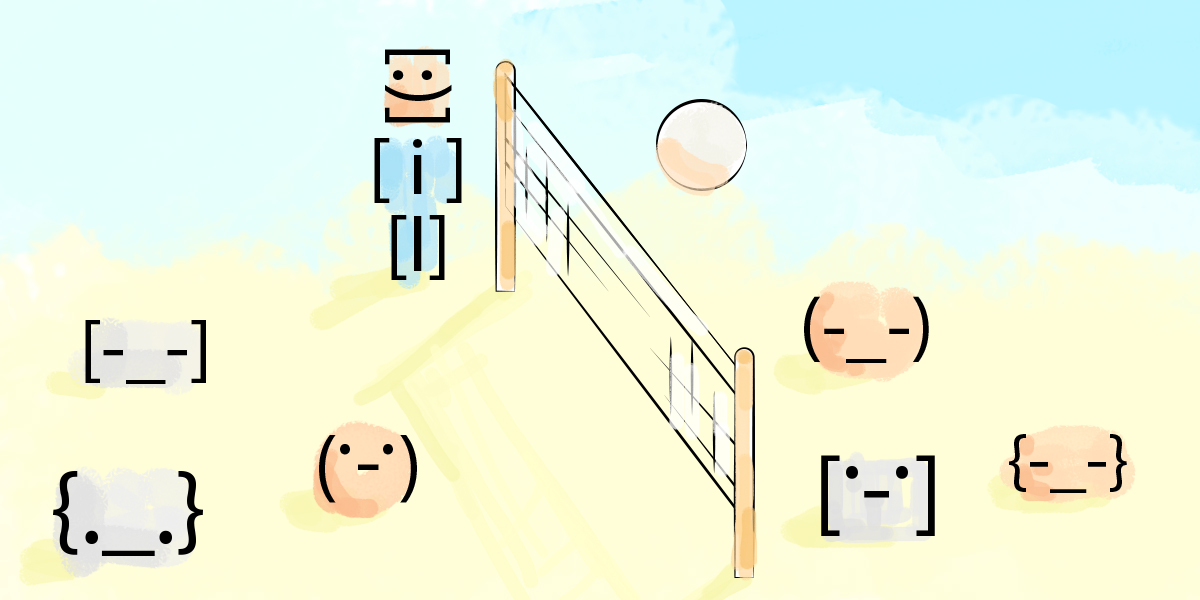 Are codes part of your everyday life? Have you ever explored the most influential ones? If not, let’s do it together.

“A code line is a *path* *of* *evolution/development* of the canonical set of source files that is required to produce a given software (sub)system.”

“A software metric used to measure the size of a computer program by counting the number of lines in the text of the program’s source code.”

No matter how you define code lines, one thing is undeniable – nothing would have ever been the same without them. And how did it all start?

Throughout history, with new technological inventions arose the need of improving the way in which coding would be accessible to all people. For a long period of time, it had been limited to those good at math and understand the binary code.

While there are probably hundreds of code lines that have immensely changed the IT world, we will cover just a little portion of them. Hopefully, this article will encourage you to further explore this subject on your own.

Now, let’s browse the decades and begin our Game of Codes.

One simple line of code managed to bring crucial changes to the IT world, and all thanks to Grace Hopper. This American computer scientist, came up with an idea – to open up the door of incredible possibilities to regular people. How? By incorporating English words into the computer programming language, FLOW-MATIC. Before that, the only way to write a program was to use binary code. It meant that only a limited group of people can perform that task, and those were usually excellent mathematicians. Hopper’s tool paved the way for today’s comprehensible programming languages that can be operated by a wider group of people with a basic, medium or advanced knowledge of HTML and CSS.

MIT employees, students, and associates developed the first distributed video game – The 1961 Spacewar!. It took them five months to create it. The game is still being displayed on the last PDP-1 at the Computer History Museum located in Mountain View, California, US. The goal of this two-player game is to defeat the opponent’s space ship while defying the gravity of a star in the middle. According to Steve Russel, the creator, and designer of Spacewar!, there have never been crash reports or major user complaints, and the game support is still available. Thanks to Russel’s visionary approach, millions of people have been able to enjoy a great variety of video games. Just imagine what the world would have looked like if it weren’t for his code…

Based on the 1961 system developed by MIT hackers, which allowed the logging of different users into the same computer and exchange messages, a new command system was born. Namely, a group of coders created the formal system for message exchange in 1965. The MAIL command that was implemented later on enabled Compatible Time-Sharing System (CTSS) users to send messages to another user’s “MAIL BOX” and read the message addressed to them. The system was able to display the sent and received messages, and it set the base for the email as we know it today.

The line of code that enabled the communication between an HTTP and a server via the internet was created by Sir Tim Berners-Lee. He was an English computer scientist and engineer known for inventing the World Wide Web. This is probably the most important thing that has ever happened in the IT world. Sir Berners-Lee said:

“Most of the technology involved in the web, like the hypertext, like the internet, multi-font text objects, had all been designed already. I just had to put them together. It was a step of generalizing, going to a higher level of abstraction, thinking about all the documentation systems out there as being possibly part of a larger imaginary documentation system.”

So, his groundbreaking idea was a hyperlink that connected the present with a bright future.

Another revolutionary solution saw the light of day in 1992 when the Joint Photographic Experts Group committee published a brand new standard – the JPEG. Thanks to its ability to decrease the size of an image by removing certain aspects, the standard soon became widely used. Another thing that helped the JPEG standard rise above all other standards was the fact that it was royalty-free. If it weren’t for these lines of code, we wouldn’t be able to store as many pictures on our smartphones as we do on a daily basis…

1993 – The Mosaic Browser for Windows

Before Mosaic, browsers have had certain limitations when it comes to the displayed content. Namely, users were able to read the text without any problems. But, to view the pictures, they had to open them in a separate window. That bothered a lot an American software engineer Marc Andreessen and his fellow hackers from Mosaic. So, they have decided to develop a browser that would surpass this problem once and for all. Their code was the key ingredient for creating a web browser that enables users to view the images while reading the text without opening a new window.

Ads, as we know them today, would never be as successful as they are if it weren’t for this piece of code. What is so special about it, you ask? Well, it tracks pixel downloads in order to provoke cookie downloads into your browser. Cookies, as we all now know, are harmless and extremely useful, since they gather pieces of information in order to improve user experience. This is why Facebook ads are so precise – they are created just for you! All the sites that you have used for browsing certain items send information to cookies, which store them in order to provide you with a better shopping experience. Once again, a little piece of code has set the ground for one major field – digital marketing.

This piece of code comes in handy to those who don’t want a search engine to index their website. Pretty useful, right? The robots.txt file enables a website to get rid of crawlers whose aim is to access the content of the website in question and index it. You can use this file to manage web pages, media files, and resource files. In other words, you can control crawl traffic, prevent media files from appearing in Google search results, block irrelevant content (images, video files, audio files, script, style files, etc.).

The code line for the pop-up ad was written by Ethan Zuckerman, an American activist and one of the first employees of Tripod.com. He found the way to open a new window that contained only the ad. Zuckerman is very much aware of the fact that his creation took the wrong turn. He even has an interesting nickname for the pop-up ad – “an unholy beast”.

“Since I launched this unholy beast on the world, I’ve written books, launched companies, taught at universities, but the pop-up is what I will be remembered for.”

A fork bomb was its name. Just one line of code could cause the computer to slow down and even crash after consuming all of its available memory. It would replicate itself repeatedly until causing complete damage. The necessary things for it to function were to be written in Bash and to be used in the Unix operating system. This line of code was written by an artist, hacker, and activist known by the name Jaromil.

Thanks to these code lines, the problem of the mobile network priority was solved. With the lower number of base station towers and the bigger number of mobile devices, the quality and performance of the network have presented an issue for quite some time. And then came the solution.

In the words of Lav Varshney, an assistant professor in the Department of Electrical and Computer Engineering:

“Proportional fair scheduling ensures all users have at least a minimal level of service while maximizing total network throughput. This is done by giving lower priority to users that are anticipated to require more resources. Just three lines of code that make all 3G and 4G cellular networks around the world work.”

In 2008, a pseudonymous Satoshi Nakamoto published a white paper. This person or a group of people announced the launch of the first cryptocurrency in a big style. What is more, they assured everyone that these code lines will prevent all possible attacks on the Bitcoin blockchain. It caused the development of somewhat over 2700 new cryptocurrencies, which marked the beginning of a new IT era.

No more leaky data! HTTPS saves the day by encrypting every piece of information from the very beginning. And this provides you with more security than ever. Just one crucial code line has made the redirection from the HTTP to the HTTPS possible. And still, a surprisingly large number of organizations restrain from using its benefits…

The most revolutionary button in IT history, some would say. Not only did it change the way we behave on social networks, but it has also had a huge effect on our shopping habits. The latter is not accidental at all. As we have already discussed in one of the previous sections (1993 – The Tracking Pixel), the Like button is using the tracking pixel to collect data and use it for marketing purposes. So, logically, the things you “like” the most on social networks are sure to appear in the form of an ad at some point in the future.

Well, hopefully, these code lines have made you think about the world of coding and the changes they were and still are able to provoke. The neverending game of codes is sure to bring more innovations to the world of IT. Keep on playing! 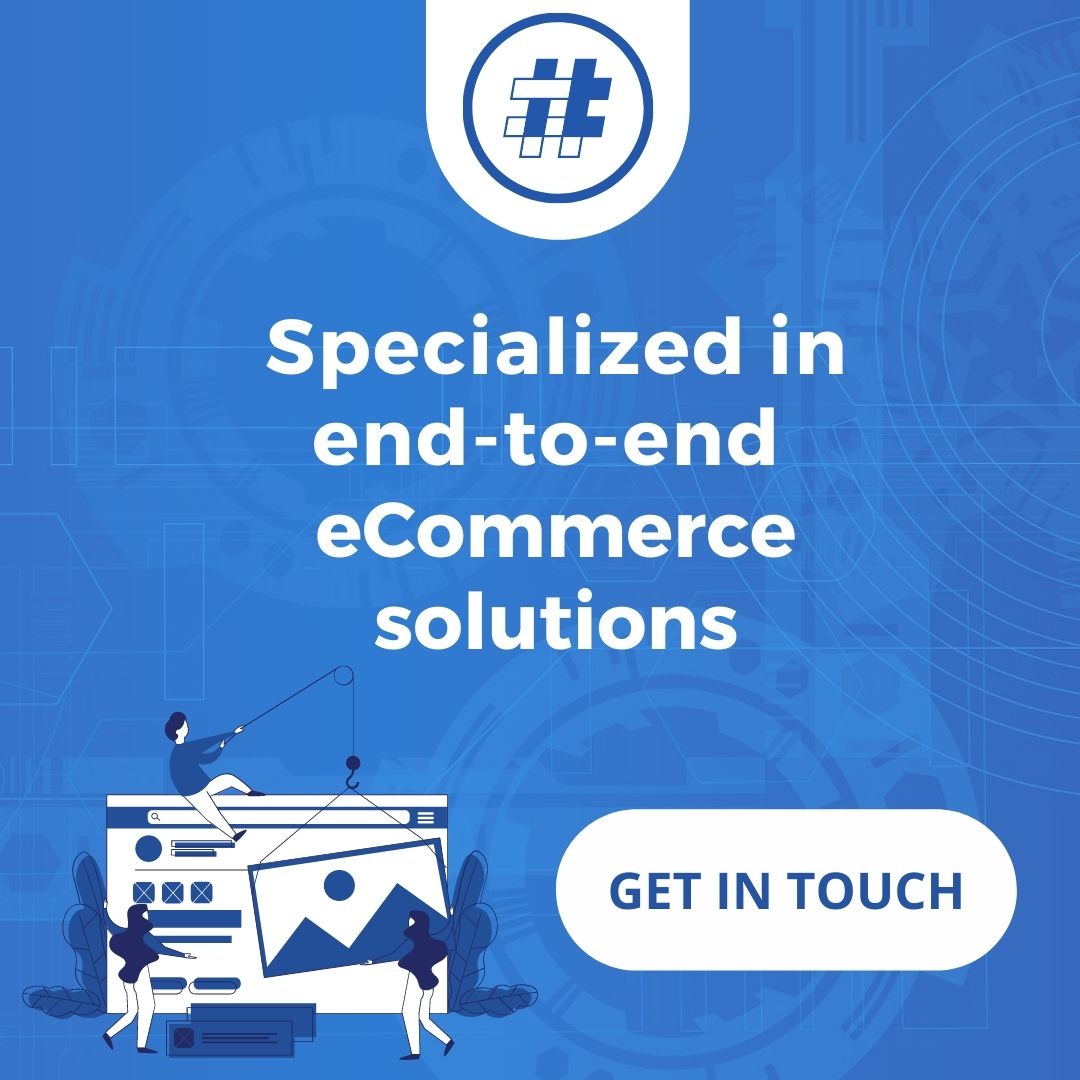